A chuck is a clamping device used to grip objects with square or radial symmetry. They attach to drills and mills to grip tooling, and lathes to hold a workpiece. A lathe chuck is mounted to a spindle, which rotates within a headstock. Drill chucks attach to a power drill by screwing the back onto a threaded spindle. Chucks clamp onto a workpiece with jaws, or steel inserts arranged in a circular pattern on the chuck face. Jaws move in a spiral to tighten around a workpiece or tooling, and are tightened or loosened with the help of a chuck key or hex wrench. Due to its smaller size, a drill chuck can be tightened by hand. These types of chucks are called keyless drill chucks. Chuck styles include jaws with self centering or independent clamping abilities. 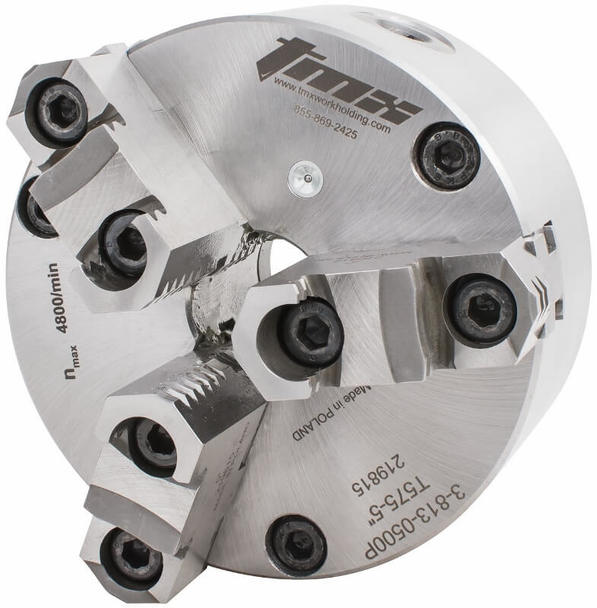 A self-centering lathe chuck, also known as a scroll chuck, uses jaws, interconnected by a scroll, to hold onto a workpiece. Self centering chucks can be fitted with 2 jaws, 3 jaws, 4 jaws, or 6 jaws, dependent on the needs of the operator and the work being done. Self centering chucks are also known as universal chucks. These chucks grip circular or hexagonal objects and are used when relatively accurate centering is the desired outcome. 4 jaw or 6 jaw chucks will provide a better hold on a workpiece. Thin walled material will deform less if an operator grips the workpiece with a 4 jaw or 6 jaw chuck, and 4 jaw chucks are best utilized for square bar work. Self centering and universal chucks are mounted on lathes and indexing heads. 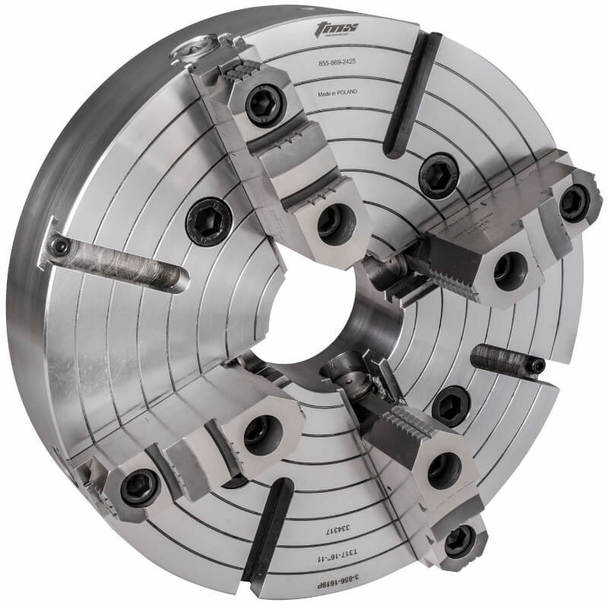